When you book with an account, you will be able to track your payment status, track the confirmation and you can also rate the tour after you finished the tour.
Sign Up
1541

The state of Goa is an amazing place. Here the Portuguese past is mixed with Indian culture, temples and churches are interspersed with a huge number of excellent bars, in the markets you will find dishes in Goan-style and Tibetan musical instruments, and on the goan streets you will meet English hippies and Russian beauties. And all this is covered under the unusually beautiful emerald green jungle coverlet in which amazing animals and wonderful birds live. We will show you Goa in all its diversity, all you have to do is relax and enjoy!

Day 1Arrival to Goa and day for own leisure in South.

Upon arrival, you will be met with our representative at outside of the airport and transferred to the hotel. We will provide a warm welcome with beautiful flowers and sweets. Our representative will hold the placard of “Concord Exotic Voyages” with the guest’s name at exit gate inside the airport lounge. On the way to hotel you will get bottle of mineral water (0,5 litter), so you will not feel thirsty after long travel to Goa.
Check in at the hotel in South Goa.
Enjoy the beauty and tranquillity of the delightful South Goa. Spend your first day at the beach, strolling along the sea line, burying your bare feet in the sand, feel its pleasant crunching, feel the sea caress you and give you positive energy.
The nature of South Goa will amaze you! So much greenery around, amazing sunset and spectacular sea views will give you the feeling that you made the right choice to spend a couple of days in Goa!
Overnight at the hotel.

After tasty breakfast at the hotel start the day with the visit to ‘Paul John Single Malt Whisky’ factory.
Take a stroll down a hitherto untrodden trail and unravel the mystery behind the making of single malt whiskies. Explore and experience the tremendous journey of the Paul John Single malts. The international award-winning Indian whisky created by the tropical shores of Goa, now opens its doors to you. Traverse through our story at the Paul John visitor centre, the first of its kind in India. Witness the craft and time-honoured process behind the making of Paul John single malts.
Later proceed to Cashew nut factory to see how it has been packed.
The raw cashew nuts are procured from the local farmers and local market. These cashew nuts are dried in the sun for a period of two days and are then stored in the gunny bags for processing throught the year. The process of sun drying helps in removal of excess moisture thus resulting in longer storage. The processing of cashewnut is a four stage process, each designed to produce quality edible cashew kernel.
Later drive to Sahakari Spice Farm is situated amidst lush green surroundings at Curti. A place for relaxation under the dense forest cover, an aroma of a variety of genuine spices coming from the trees grown around the farm, lots of knowledge, guidance on the type of species and treatment for various diseases.
A delicious lunch will be served at Sahakari.
Later drive back to the hotel.
Overnight at the hotel in South Goa.

After tasty breakfast check out from South Goa Hotel and procced to North Goa Hotel.
Check in at the hotel. Day for own leisure.
On this day, you can independently explore the territory of the nearby beaches of Candolim and Calangute.
Here you will find many places where you can eat deliciously, and you will be pleasantly surprised by the variety of souvenir shops, tea shops and ayurvedic pharmacies. And if you are tired after the move, you can relax in the pool, sipping an excellent cocktail prepared by the caring staff of the hotel.
Overnight at North Goa Hotel.

After tasty breakfast proceed to Heritage Goa Tour
Old Goa, also called Velha Goa, is located beside the Mandovi River in the western Indian state of Goa. The former capital of Portuguese India, it’s known for colonial-era monuments like the Basilica of Bom Jesus, with the remains of St. Francis Xavier, and the domed Church of St. Cajetan, inspired by St. Peter’s in Rome. Nearby, the vast Se Cathedral, built in the 16th–17th centuries, has ornate chapels and a bell tower.
After you enrich your baggage of knowledge with the history of Old Goa, you go to see one of the most beautiful Hindu temples of Goa, the Maruti Temple, which is situated in nowdays capital of Goa – Panaji city. It is located on the top of the Altinho hillock overlooking the Fontainhas district in Panaji, the capital of Goa. It is dedicated to lord Hanuman, the monkey god and enshrines Lord Hanuman as the presiding deity.
Lunch in Panaji.
Then go downstairs to stroll through the unusually beautiful quarter of the fountains in Panaji. Witness the Portuguese past that eventually survived the onslaught of development in the 21st century. The houses are dressed in yellow, green and blue, balconies fronted by wrought iron railings and tiled roofs transporting you to another era.
How to finish so nice day? We found out the best solution – an hour-long Sunset River cruise on the Santa Monica ship. You will discover how beautiful the sunset over the Mondovi River can be when lilac colours merge with a riot of orange and pink. You will be able to take this beauty to the camera, so that later in quiet evenings at home you can remember how this breath-taking view struck your imagination. Santa Monica will take guests out on a leisurely sail down the River Mandovi from the Santa Monica jetty in Panaji. While you sail down the river local boys and girls treat you to some Goa’s best-known folk dances.
Overnight stay at the hotel.

Day 5Day for own leisure in North Goa

Delicious breakfast is served for you at the hotel. Then you can have rest on your own.
You have a huge number of options to relax on this day: just walk along the beach, or splash around in the pool, you can go to interesting places for entertainment or trust the professionals of spa salons and let your body get a holiday.
Overnight stay at the hotel.

Hope you enjoyed your vacation and have a strong wish to come back soon to see more. We will wait for you and will be ready to offer more tour packages for your interest.
After last tasty breakfast at the hotel transfer to the airport. 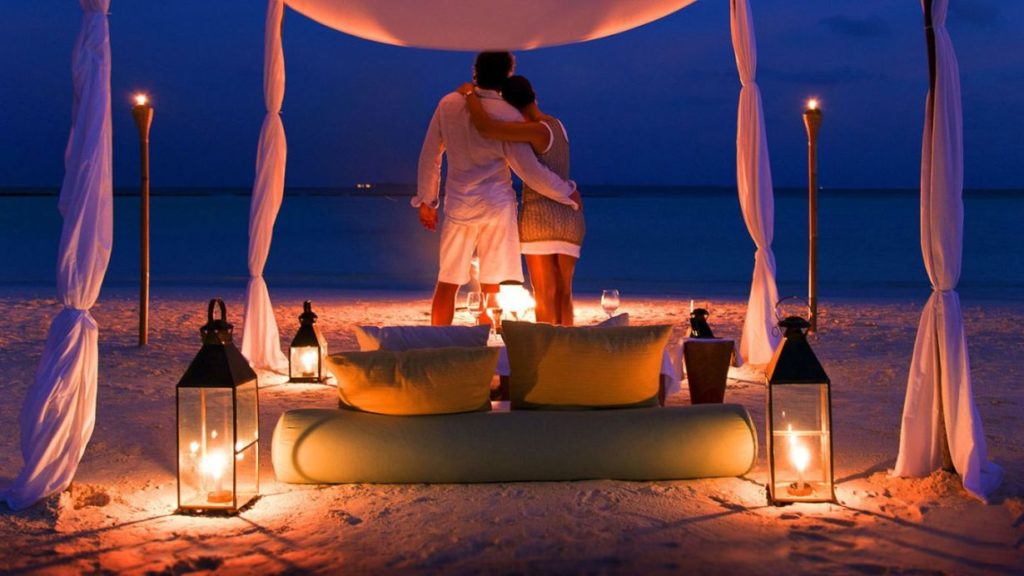 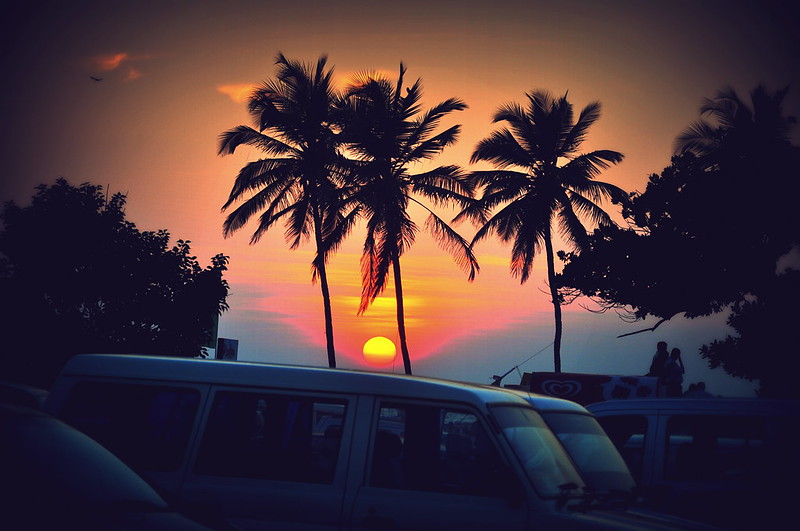